One thing mothers have in common is the hope that our child will have more than we had.  So, imagine the heartbreak you would feel if you found out you had passed your rare genetic disorder onto your child.  Worse yet, if your sweet baby may not survive because of it.  Many of us have suffered pain and loss but few of us, thankfully, will never know what some mother’s go through to have healthy children.  I want to introduce you to my husband’s cousin, Andrea, and share her journey with a genetic disease called Incontinentia Pigmenti (IP).  Before meeting Andrea, I had no idea this condition existed and I certainly had no idea what she had been going through on her quest to have a healthy family. 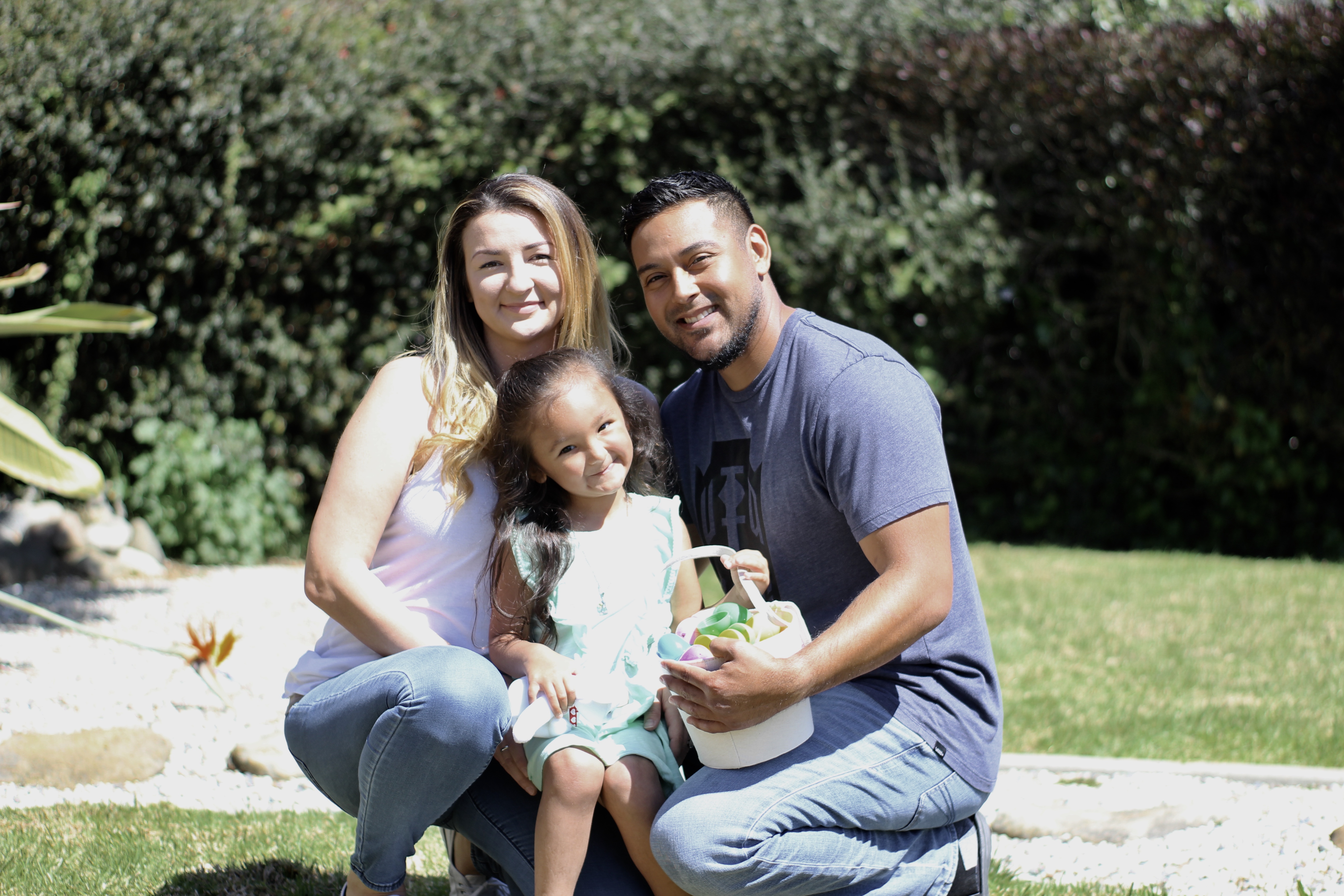 Before I share more about Andrea, I’ll give you a little background on Andrea’s condition.  Incontinentia Pigmenti is very rare and often undiagnosed or misdiagnosed.  It affects the hair, skin, teeth, eyes and central nervous system.  In people with IP, there is a defective gene on the X-chromosome.  There is no cure for IP and everyone who has it is affected differently.  Some people, like Andrea, are affected mildly with rashes, small patches of missing hair and missing or misshapen teeth.  Others, especially affected boys, will likely not survive pregnancy or their first year of life.  Symptoms range from skin abnormalities (such as blistering rashes, wart-like growths, and hyper/hypopigmentation), dental issues (like small, misshapen or missing teeth) vision loss, lined or pitted nails and severe brain issues like delayed development, intellectual disabilities, seizures & other neurological issues.

Perhaps the scariest part of IP, as I mentioned briefly above, is that pregnant mothers can pass the gene (called NEMO) onto to their unborn children with devastating outcomes.  Every pregnancy from an IP carrying mother has a 50/50 chance of having a fetus with the NEMO gene.  Not all mothers who have children with IP have it themselves, so it can be very unexpected.  Most baby girls will survive the pregnancy with varying outcomes after birth, but boys who receive the NEMO gene will almost certainly not survive gestation. The disease affects males differently because they only have one X chromosome (as opposed to a female’s two) meaning their only X chromosome will be deformed.  Luckily, there are ways to test for IP during pregnancy; including CVS, where chorionic villi cells are removed from the placenta and amniocentesis where amniotic fluid is collected through a needle to be tested.  Better yet, there is the option of IVF where embryos can be tested for the defective X chromosome before they are implanted.  This is something Andy’s cousin Andrea is hoping will help her have a healthy second child.

To know cousin Andrea is to love her.  She couldn’t be sweeter and is such a welcomed addition to my family.  She is married to her husband Brooks and wonderful mother to her daughter, Brooklyn.  Andrea’s mom, LeeAnn (who does not have IP), discovered Andrea had the genetic disease when she found a rash on Andrea when she was a month old.  Thankfully, Andrea’s condition is considered mild and basically cosmetic.  Along with some hypopigmentation, 3 missing teeth, and a small patch of sparse hair, she gets her eyes checked annually for optical nerve and retinal health.  Because Andrea’s condition was so mild, she didn’t worry much about passing it on to a child.  When she found out she was pregnant with Brooklyn, she didn’t check for the disorder but when her daughter was born they noticed a legion on her arm and Andrea’s heart sank.  Luckily, Brooklyn’s condition has been mostly mild like her mom.

When Andrea’s daughter was 2 years old, the couple decided to try for baby number two.   After a trip to the geneticist to collect blood for future CVS testing, Andrea joined an IP support group that opened her eyes to how severely her future children could suffer from inheriting the defective chromosome.  After meeting other mothers with mild symptoms who had very ill children, the couple decided to stop trying to get pregnant naturally and research the option of IVF.  After attending classes and speaking with physicians, they realized that IVF and the follow-up genetic testing would be just too expensive for them.  They continued on, raising Brooklyn hoping someday they would be able to afford IVF.  A year after they decided to stop trying, they were surprised to learn Andrea was pregnant.  Excited but cautious, they made it through the first trimester with a baby boy. They still opted to complete a CVS and during the ultrasound, the doctor noticed fluid behind the baby’s neck, a sure sign of a genetic disorder.  The following week fluid was found in the baby’s organs and another week later the heartbeat was gone.  It was a devastating blow to a family SO excited for a boy and a sibling for their daughter.  As if that wasn’t traumatic enough, just recently Andrea suffered yet another tragic loss of an IP positive son at 14 weeks gestation.  As much as the couple would love a sibling, especially a brother, for Brooklyn the emotional and physical toll of 2 miscarriages and the following D&C may mark the end of them trying to get pregnant naturally.

Regardless of the trauma they have experienced during the last two pregnancies, Andrea and Brooks are able to realize how grateful they are to have an overall healthy, beautiful daughter.  Andrea said of her little girl, “she is the smartest little thing with so much love and spirit, watching her has given me hope that miracles can happen. I can’t give up hope because, at the end of the day, it’s all I have.”   Andrea and Brooks have hope that they will be able to grow their family with a healthy child via IVF.  Andrea’s mom started a GoFundMe account to help them raise the money they need to complete a round of IVF.  So far, they have collected $2,825 of their $25,000 goal.  I humbly ask you to consider donating to this beautiful family to keep their dreams of a bigger family alive.  You can find their gofundme page here: https://www.gofundme.com/4qrnqx4

October is coming up and it is IP awareness month & I hope you’ll also consider sharing this post with your friends and family to help spread the word about this genetic disease and what a family affected by IP faces while trying to have a healthy child.  Thank you SO much!