Hi mamas!  Thanks for tuning in for another week.  I wanted to take some time this week to compare this pregnancy with my baby boy to my pregnancy with Lily.  I have been told over and over again how different pregnancies are depending on gender.  Well, I can tell you first hand that this notion is NOT true!  Sure, a few things are different but for the most part, I’ve honestly felt almost exactly the same. 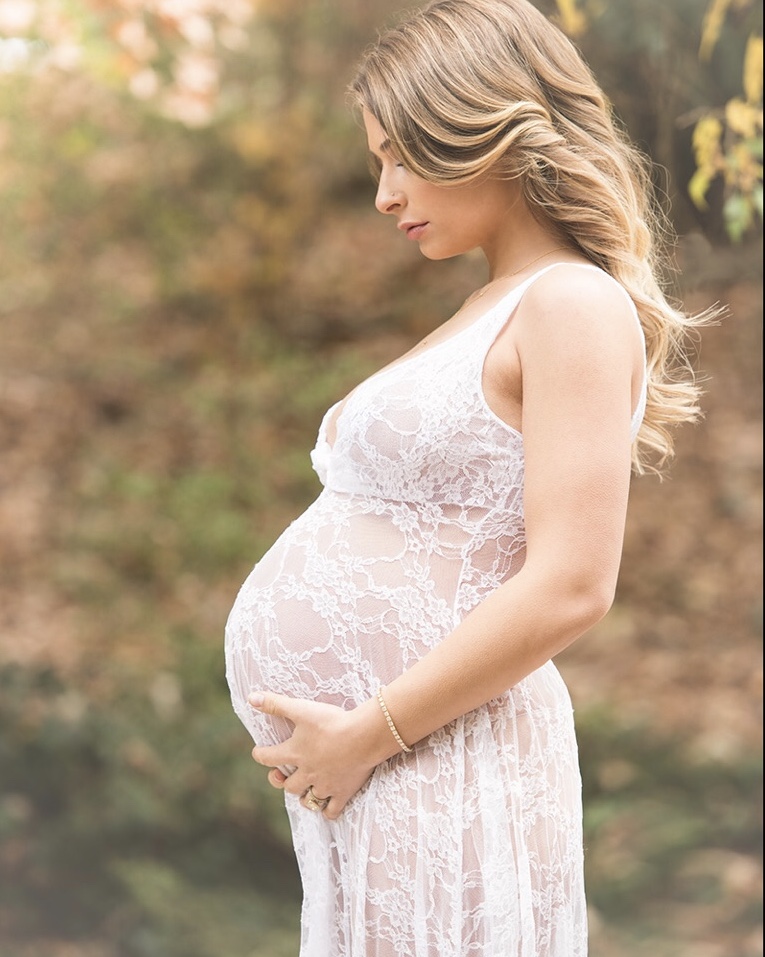 My Lily Belly At 7 1/2 Months. Image by Brian Garman

If you listen to old wives’ tales, they will tell you that you’re having a girl if you get really sick, you have bad skin and/or hair, sleep on your right side, crave sweet food and have heartburn.  If you’re having a boy: you won’t be sick, you’ll have beautiful skin, sleep on your left side, crave salty food, no heartburn but you will have headaches. Well, let me tell you, with BOTH pregnancies: I was sick and had food aversions the first 3 months,  had the worst skin I’ve had since middle school, slept on both sides, craved sweet AND salty food, had heartburn & had headaches.  Those old wives are wrong, ladies!  It’s totally tempting to listen to all of these tales and make predictions about what your baby’s gender will be.  Most of the stuff happened to be true when I was having a girl but now that it’s carried over to having a boy, I know they’re just wrong.  I really thought these to pregnancies would have to be different if I was carrying a different sex, but I basically feel the same!

Of course, there are a couple of things that have changed.  My favorite change is my food aversions.  Last time I had serious food aversions my entire pregnancy, this time they have mostly gone away now.  I still have some trouble with fish and certain vegetables, but I can stomach a lot more than I could the first time.  I could barely eat a vegetable my entire pregnancy with Lily.  I’d have to sneak them in other things just to stomach them.  The biggest difference overall, though, is my discomfort around my belly.  I don’t remember having much pain or discomfort in the early months while I was working out with Lily but almost immediately with this pregnancy I felt like there was almost something “in the way”.  Running feels SO weird and so does most other cardio. With Lily it just kind of was what it was.  I have a feeling the difference comes from where the baby is sitting.  The old wives tales say that boys sit lower and this little guy definitely is, but I feel like it’s less of a gender thing & more of a second baby thing.  Most women carry lower with their second, so I have a feeling that the baby’s positioning may have something to do with my discomfort.  I purchased a belly band from a company called Bao Bei Maternity that I’m hoping will help.  It’s basically just a sleeve (kind of like Spanx or high waisted leggings) that holds your tummy in so you don’t feel any tugging or discomfort while you move around. With my first pregnancy, I used a band that was just a single strap that went under your belly that you tightened with Velcro.  It gave a little support but was mostly just a pain to deal with.  I’m looking forward to seeing if this one is more comfortable and is able to keep everything in place while I exercise.

So, in conclusion, it’s fun to think about all of your symptoms and guess whether it’s a girl or boy, but don’t get your hopes up on one or the other.  I am living proof that none of those make a difference!  Oh, AND if you’re one who likes to read the Chinese Gender Predictor, that was also WRONG.  I was told it would be a girl with both of my pregnancies.  So, another myth, busted by your ol’ pregnant pal here.

Other notes from this week: I felt baby boy kick for the first time and he hasn’t been stopping much since!  It’s definitely too early to feel him from the outside but he is moving around in there for me.  My bump is still fluctuating sizes daily but is definitely still visible and present enough to be noticed.  I’m starting to feel the round ligament pain, especially if I move one way or the other too quickly, but it hasn’t gotten unbearable yet.  Heartburn has also started but so far it’s mild and infrequent. I’m going to be taking 2 weeks totally away from dairy so I can see if my skin starts to improve.  I almost never get acne when I’m not pregnant and with both of these pregnancies, I have had AWFUL breakouts.  At all times I have at least 7-8 pimples on my face or chest.  It’s horrible!  Hoping that cutting out dairy for a while will maybe calm it down. I’ll be sure to let you know if it works!