Let’s talk about sex, (of your) ba-by.  Hopefully you caught the reference?  Anyway, let’s do it.

Before I had Lily, I pictured myself as a boy mom.  I thought Andy and I would have 5, yes 5, sweet little boys and I would remain the queen of my home.  As soon as I got pregnant, though, I knew that my dream of being the only lady in the house was about to be over.  I knew that Lily was a girl from the second I found out I was pregnant with her.  There was something inside of me (literally) telling me that she was indeed a she.  Call it mother’s intuition but I had no doubt.  I remember getting the phone call to confirm the gender and just thinking “I knew it, but can I handle raising a little girl?”  I think my fear of having a daughter stems from growing up with a sister as my only sibling.  We get along well now but growing up was rough.  We couldn’t be two more different people and we just never seemed to find a way to be friends.  So many of the women I meet now tell me how their sister is their best friend and they do everything together & that just wasn’t my reality.  I think I was worried (and frankly, still am) that I would have two girls that just didn’t get on.  My dad always tells me that one of the hardest things in his life was knowing that his daughters weren’t close.  I LOVE my sister and we are fiercely protective of one another, but we just don’t have the relationship that many of our friends’ sisters do. 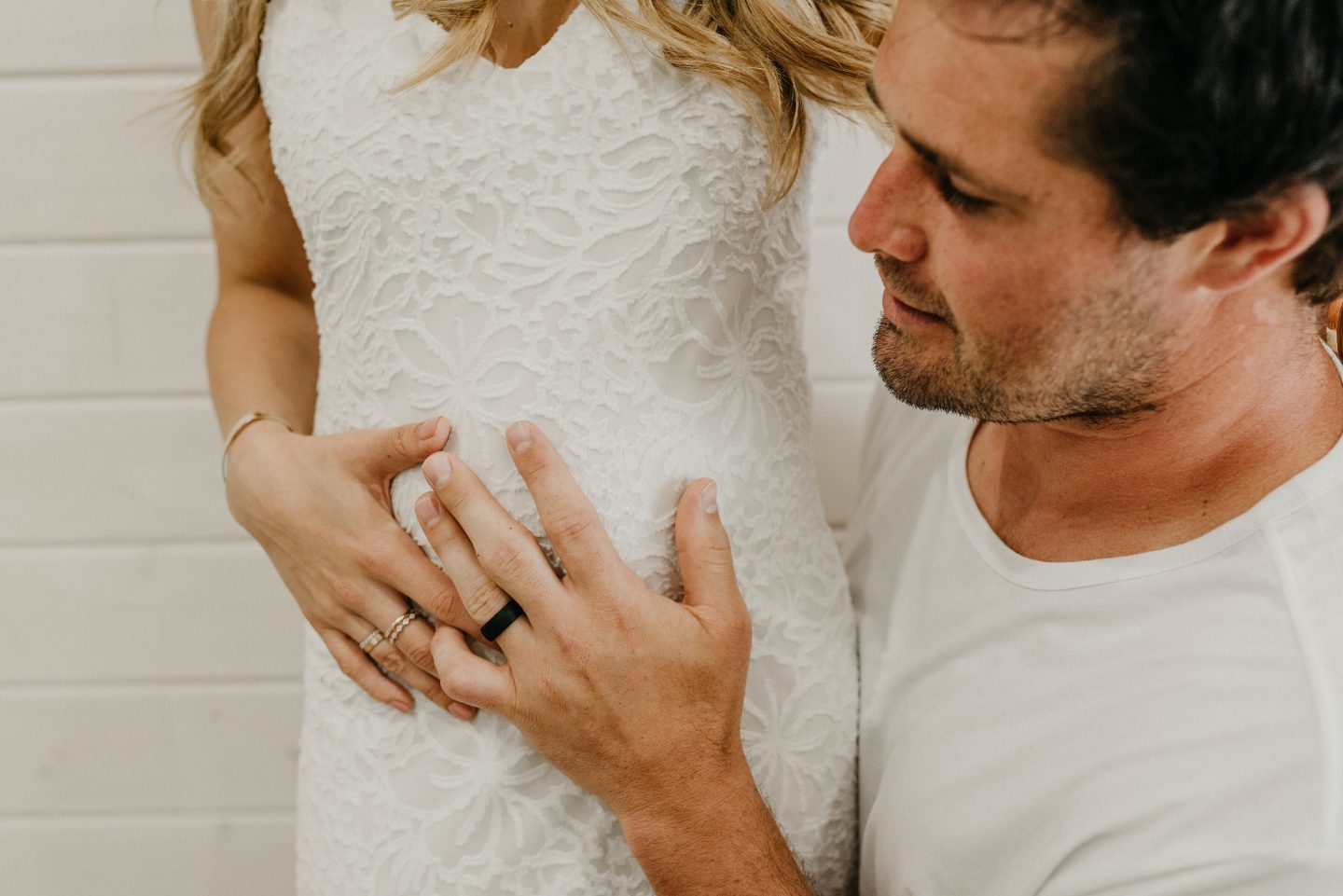 So, then came Lily.  She wasn’t exactly an easy baby, but she was healthy, beautiful and I really couldn’t have imagined having a baby boy anymore.  I remember thinking after I had her “ok, one girl is fine but TWO girls? No way”.  Well, mommies, my tune has changed yet again.  Maybe I’m trying to fix what I didn’t have in my childhood but a big part of me is hoping this new little one is also a girl.  I think if I can have my girls so close in age (right about 2 years apart) that they would have a really good shot at being close friends.  I also feel like if I had a boy this time, that even though the two may be close as little kids, they would obviously grow apart a bit as they enter middle and high school.  They’d be hanging out with different people and probably wouldn’t be interested in the same things.  But then, there’s this fear: if I get a girl now, will I ever have a boy?  We are taking child-rearing one baby at a time from now on…so, what if we only have 2 kids?   Or what if we have a third or a fourth girl?  It’s not that I’m totally against being a girl only mom, but I would love to know what it’s like to have a little mama’s boy.  And, of course, give seemingly EVERYONE  (including daddy) what they want.

Am I the only one who feels some serious womb pressure?  Everyone in the family seems to have their opinion on what they want me to have or what they think I’m having.  Andy’s dad really wanted a girl (he was a dad of 5 boys), so it was exciting to give him one with Lily.  Lily’s middle name is Gene after Andy’s dad.  But, on the flip side of that, my dad was a father of two girls and always wanted a boy.  He is a wonderful dad and grandfather but he actually told me he was “a little disappointed” when I called to say we were having a girl.  It broke my heart.  Here I was with the first grandchild for either of our families and now my dad was feeling disappointed?  It wasn’t just him.  I knew Andy wanted a boy, his grandparents wanted a boy, so many of our friends said they thought it was a boy and of course even I was hoping for a boy.   I know the man’s sperm decides the gender, but good god the pressure I felt then and feel now is so intense.  It seems like everyone this time around is predicting a boy.  My first thought when I got pregnant was “it’s a boy” but as time has gone on and my pregnancies have felt pretty similar, I think it’s another girl.  I just hate thinking that the news of the gender will disappoint anyone.  It’s crazy that I even have to think about that, isn’t it?  I want to get my husband and family their boy at the same time I want to give my daughter her future best friend.  Who knows, maybe it could be a boy and they will be super tight or it’s another girl and our third will be a boy.  The whole thing feels overwhelming and I honestly just can’t wait to find out so I can get it out of my brain!  Luckily for me, I’m in a bit of a win-win situation here because I have a reason for being very happy with either.

Our genetic blood test results should be back in the next couple of days and we have planned a gender reveal after the last public training camp practice at the Falcons facility on Wednesday.  I’m looking forward to sharing the news with all of you and all of the exciting things that come (clothes, toys, décor…MORE CLOTHES) after we find out the gender.

Did any of you feel pressure to please others with regards to your baby’s gender?  Did you get the sex you were hoping for or did you get a surprise?  If you did get the opposite, are you able to picture your life with the other gender now?  I can’t wait to hear your thoughts!