I’m now less than 100 days away from the arrival of my little man!  Some days I feel that it is right around the corner and other days I can’t believe I have three more months ahead of me.  If I’m honest, the only reason three months seems long is because I already feel like my belly is big enough!  I’ve been feeling alright about the changes in my body up until recently because I was in much better shape this time than I was before my last pregnancy, but this week I feel like I really got much bigger.  I loveeee a baby bump but at a certain point, it gets so big that it’s uncomfortable and a little less cute than it was at the beginning.  I know I’ve said I am big on telling-off pregnancy body shamers, but it can be hard to not do it to yourself.  I saw my OB this week and I am up 21 pounds since my first visit.  At this stage with Lily I was only up 16 pounds.  I remember that I gained the most weight during my last trimester last time and I really have no need to gain more than 35 this time.  That means I have 14 more pounds to get me through the next 3 months. Yikes!  I’m working out much more than I was with my first pregnancy but I am also SO much hungrier than I was with Lily.  It could be in part because this time I am nursing one child and growing another but I just cannot seem to put food down.  I still craved all the same things with Lily and I really think I was eating so much worse with her, but for whatever reason, I’m gaining more weight faster this time.  I’m hoping maybe this pregnancy I might gain a little less during the last trimester. 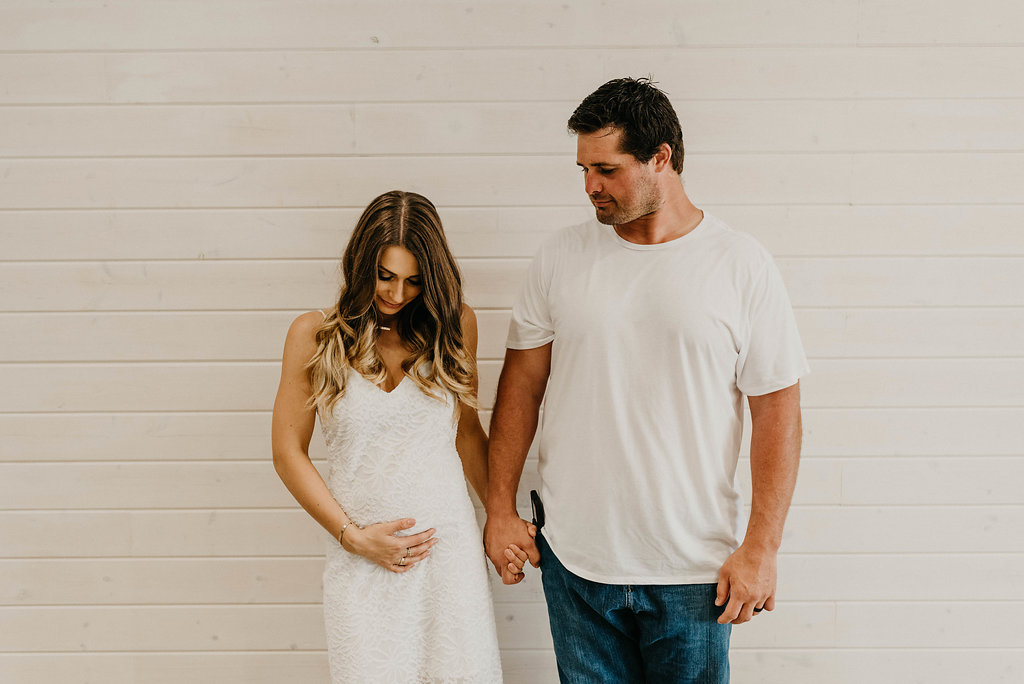 I don’t want anyone reading this to be confused, I DON’T think weight is the most important thing in the world and it is not because I’m worried about my post-baby body.  I really do believe some women just need to put on a little more than what is recommended because their body needs it.  If that’s the case and I know I did everything I was supposed to, I’ll be at peace with whatever the scale says.  What I’m really worried about when I reference weight gain is the potential harm it can do to myself and my baby.   Women who gain too much weight, especially those who gain it quickly, are at greater risk of Gestational Diabetes. Gestational diabetes can lead to big babies and puts your child at greater risk of breathing problems, type two diabetes and being overweight later in life.  Lily was almost 9 pounds and I didn’t have Gestational Diabetes, so imagine how big a full-term baby boy could be if I did have it!  Pregnant women are NOT eating for two, we are eating for ourselves and a little human who is under ten pounds.  But, as I know all too well, those pregnancy hormones can make you want all the food (and not all the good stuff either).  My gestational diabetes test is 3 weeks away and after eating 3 bagels in one week it is time for me to get it together, people!  I’m going to come up with some sort of meal plan this week to keep myself in check so I can have a little boy who is just as healthy as his sister.

In other news: we did an ultrasound with baby boy this week to make sure he was doing alright after our little accident last week. Luckily he is healthy as can be!  He is currently breach which doesn’t mean much at this stage of the game and I now know where his head and hands are so I can distinguish all of his kicks and punches!  Oh, and also…2 more weeks until my third trimester!  I plan on doing a lot of refreshing on labor, birth and the newborn phase which will mean lots of new blog posts.  Stay tuned xoxo