It’s a boy!!!! OMG.  I’m hoping by now all of you got a chance to see our “gender reveal” video on Instagram or Twitter.  I’m seriously still in SHOCK.  If you read last week’s Pregnancy Diary you’ll know that I was totally expecting it to be a girl.  When I saw the blue Gatorade dumping over Andy’s head I literally screamed in shock.  I asked Andy what he thought it was going to be before the reveal and he said a boy because when I first got pregnant my first thought was a boy.   Because I was right with my original prediction with Lily, he said he trusted my gut.  But, WOW, I still feel like I am dreaming.  I’m way more excited and way more nervous than I ever expected.  I’m excited that we will get to experience having both genders in our family and I’m nervous that I have NO IDEA what I’m doing with a boy!  I had zero baby caretaking experience before I had Lily, so all I have to refer to is caring for a girl. 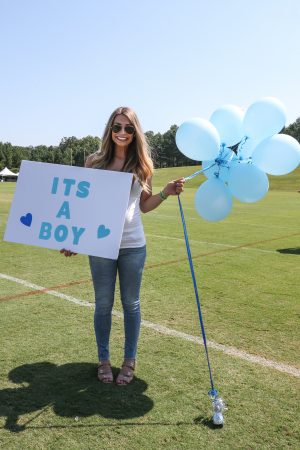 Moments after our gender reveal

I know you’re probably wondering if I’m at all disappointed that I didn’t get the little sister for Lily that I was hoping for.  The answer is both yes and no.  I was going through her old clothes today to pack them away (since we won’t be needing them for at least 2 more years) and I really started to get emotional.  Even though Lily was a tough baby, raising a girl has been so special to me.  I feel like I bond with her so well and relate to her so much (and the adorable clothes don’t hurt!).  I am definitely a little sad that she won’t have a sister close in age to her, I can’t lie.  But, I’ve been sharing those sentiments a lot lately and so many people have told me how close their boys and girls have been and how that continued their whole life.  Really the only thing that matters to me is that my children get along well and really love spending time together.  I know that a lot of that has to do with how I raise them, so I hope I can do a good job teaching them how important their family is and how much they can enjoy each other.  Now for the fun part…if I’m honest, at the last second before Andy’s teammates dumped the Gatorade, I weirdly found myself hoping it was blue.  I have always wanted a boy and as much as I wanted a sister for Lily, I was truly overwhelmed with joy when I realized it was a boy.   I think it was the happiest I have ever seen my husband and that just excited me even more!  Even now I just find myself smiling during the day and just wanted to shout out that I’m having a boy haha.  I really am so excited to add a sweet little boy to my family.

I also wanted to share a bit with you about our gender reveal.  I didn’t want to have one AT ALL.  I feel like there is SOOO much pressure.  First of all, I am NOT a “woo girl”.   I don’t jump up and down in excitement for anything really.  I feel like if you don’t look overly excited in the videos it looks like you’re disappointed.  I was totally okay with the doctor just telling us over the phone, but Andy really wanted to find out in a special way.  Of course, I’m not one to do anything at less than 100%, so I knew I had to figure out something special.  I realized Andy would still be sleeping at training camp when we got our genetic test results back, so I thought it might be fun to include the team.  I came up with a couple of football-related themes but they had all been done or just weren’t that exciting.  I liked the idea of the Gatorade shower because it could include his teammates and I had never seen anyone do it before.  I pitched it to one of the Falcons’ staff members and she was happy to help us set everything up.  Of course, if you followed along on Instagram, you know that the night before the reveal we STILL didn’t have the results.  My amazing doctor hounded the lab and we ended up getting them at 8 am the morning of.  Talk about last minute!   Luckily, we bought both pink lemonade powder and blue Gatorade powder and the staff was able to mix them up quickly during practice so we could be surprised.  All in all, it ended up working out great and watching his teammates get so excited for him was really special.  It is something we will treasure for the rest of our lives and I seriously CANNOT stop watching the videos!!!

What I want to say to all of you mommies out there hoping for a certain gender or waiting to find out what you’re having is this: I really believe in my heart that there is a reason we are given the gender child that we are at that time.  You may think that you need to have a boy first so he can be the “protector” of your other children.  Or you may think you NEED to have both genders.   Well, mamas:  It doesn’t work that way.  I thought I would be DEVASTATED if I didn’t have a boy first.  I really thought my family structure would be ruined.  Then came Lily.  This smart, sassy, beyond adorable and loving little girl that I don’t know what I would do without.  I mean truly, there isn’t one part of me that is sad my oldest is a girl.  She has been the most incredible addition to our family and I know she will be the best big sister.  I believe we are given what the universe feels like we need and that we can handle.  Lily was so hard as a newborn and so many people have told me that their boys were so sweet and gentle when they were babies.  So, maybe I was hoping for a little sister for Lily but what I really NEED is a sweet little mama’s boy who sleeps and eats like a champ.  I’m not a person who totally subscribes to “everything happens for a reason”  thinking, but I do believe that there’s something to what our family turns out to be.  Take it from me, no matter what sex your baby is, he or she will be exactly what you need in your life.  You will love him or her with all of your heart and never look back. This is your perfectly, imperfect family and it will fill you to the brim (and drive you crazy).  XO 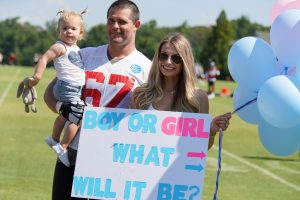 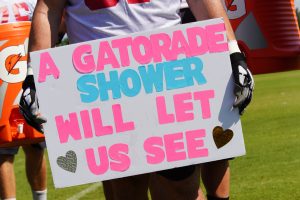 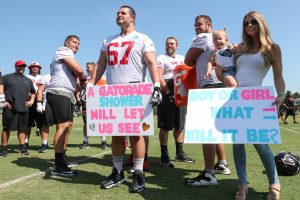 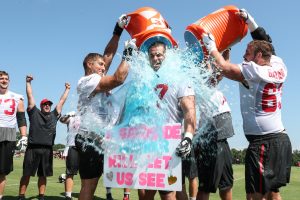 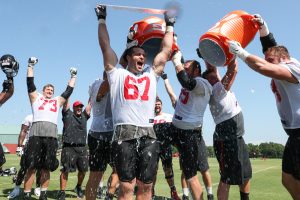 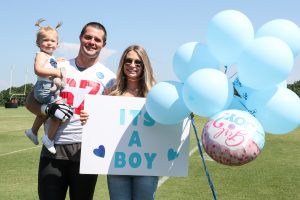