Happy Tuesday, Mamas! I’m going to keep this diary short because I’ve got a sick toddler and honestly there hasn’t been much exciting news pregnancy wise this week.

What I do want to spend a little bit of time talking about is the difference between first and second pregnancies.  I’ve talked about the differences before but I was really thinking a lot about them this week.  Since my husband has been injured, I’ve been doing more heavy lifting, work around the house, and all of the hands-on physical stuff with Lily.  I’ve also been working out more intensely than I was during my first pregnancy.  My OBGYN warned me that you feel a lot more a lot sooner with baby number two, but it’s really much more intense than I thought.  I still get a lot of cramping which had all but disappeared by the end of the first trimester when I was pregnant with Lily.  There is a weird rubber band snap feeling I get on the right side of my belly button when I pick up Lily sometimes and I never had that the first time around (probably a result of the diastasis recti I still had above my belly button before getting pregnant again).  I also didn’t start getting Braxton Hicks contractions with Lily until the third trimester and this time I started feeling them at 4 months!  Talk about nerve-wracking.  I know I’ve already mentioned that I have a posterior placenta (placenta in the back) this pregnancy and it has made feeling his kicks SO much more intense. On Saturday night I was at dinner and I literally started to feel nauseous because I could feel him moving around so much. 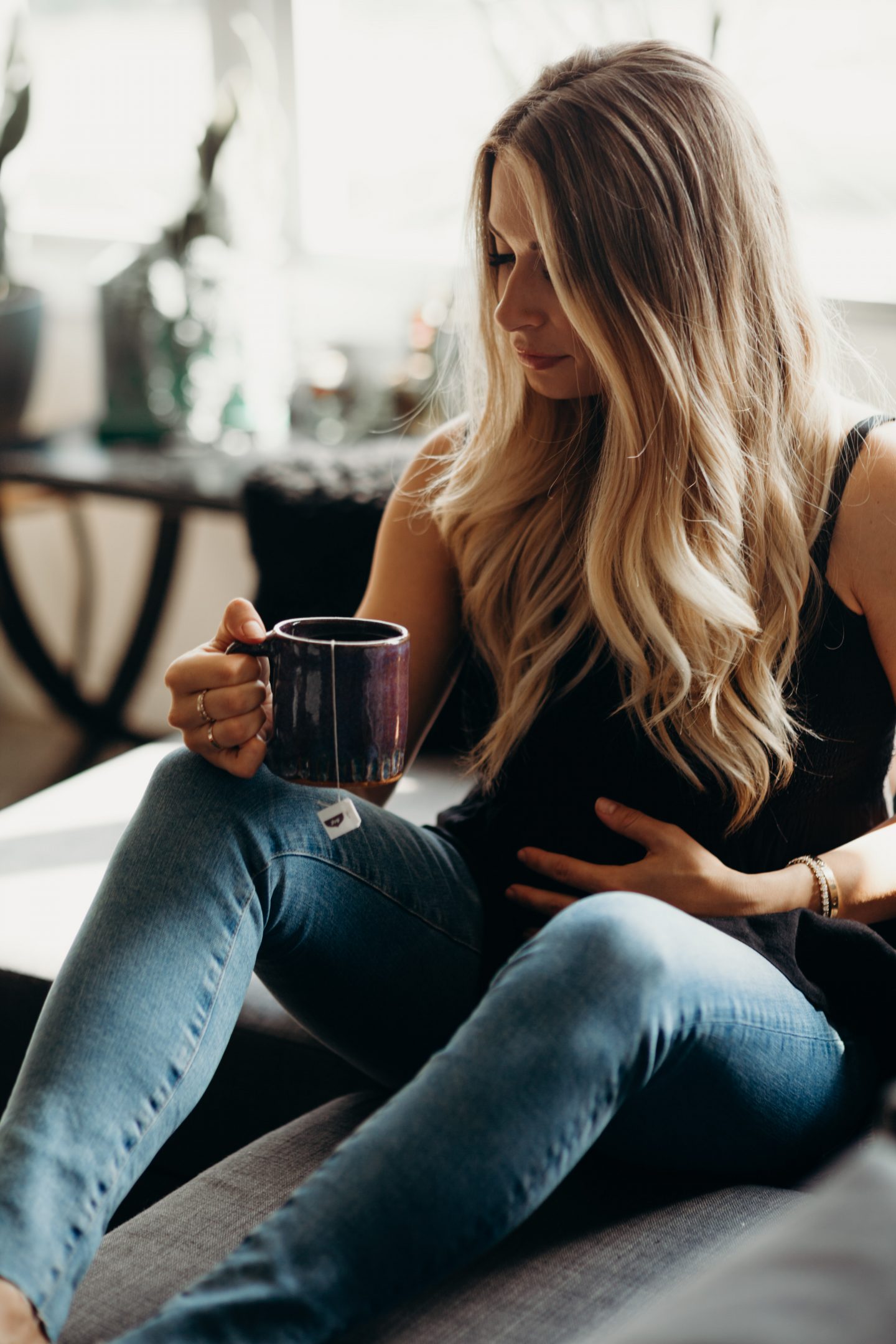 I don’t feel like the big differences are coming from the change in gender from my first pregnancy, I think it has much more to do with this being my second baby.  I also think there is a lot to say about how low a baby sits and it’s totally clear to me how much lower my baby boy has been sitting from the beginning.  It is unbelievable how much more I was feeling even in the very early stages of pregnancy. I’ve told you all before that I started having a hard time running by 8 to 9 weeks.  It already felt like something was there, in the way, being jostled with every step.  Muscle memory is real and my uterus obviously remembered how to expand this time around. My bump was much more visible in the early stages this time around and even now I feel like it’s probably bigger than it was the first time (even though I’m in better shape this pregnancy).

All of these changes make me nervous.  I’m reassured over and over again that everything is “normal” but feeling so much so early makes me worry that any of these cramps or contractions could ramp up at any second.  I can only assume that these cramps, contractions, and kicks won’t just stay the same for the next 3 ½ months, they will only get more intense as the baby grows.  That is a pretty daunting thought.  At the end of the day, my big fear is having a premature birth.  As much as my OB tries to reassure me that the chances of a premature birth are small after my first baby being full-term, I can’t help but think about it…often.  There is just so much more physical stress on me this time around and there is no “I’m tired, I’ll take a nap” time like there was with Lily.  Sure, I can and do listen to my body but I can’t always do what it asks of me.  I know it probably sounds silly that if I’m complaining about all the things I have to do while caring for a toddler and an injured husband I still decide to participate in intense workouts.  That hour or two a day I spend working out is one part of my day that makes me feel good and like I’m doing something important for me and my baby.  I’m careful when I work out and I don’t push myself past what I can handle, but it sure isn’t making me any less exhausted.

So, what’s a mama to do?  Just keep trucking, I suppose.  I don’t have much of a choice until Andy is healed and that won’t be until right about when baby boy is born.  My hope is that all of these feelings are just that, feelings.  I know that I have always been very in-tune with my body so maybe I’m just hyper-aware this time. I am trying to stay as confident and hopeful as possible that I will be lucky enough to have another full-term healthy baby.  I won’t lie I get a little more relief knowing the baby is getting bigger and stronger with every week that goes by.  Keep your fingers and toes crossed for me!